Fix the Planet – A Global Ideation Campaign for a Sustainable World 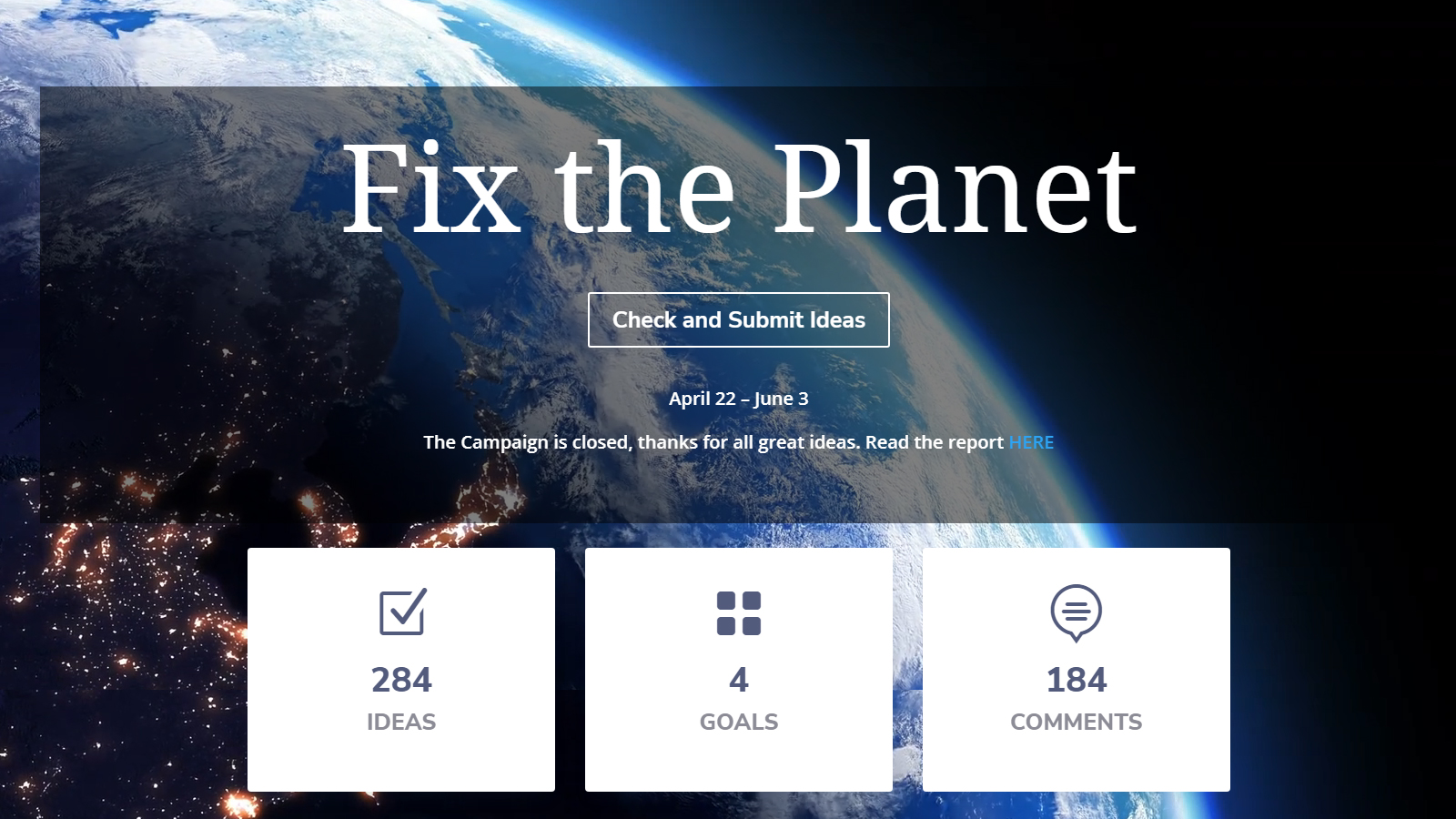 On April 22, 2019, Innovation360 launched a global ideation campaign in honor of Earth Day – Fix the Planet. Using the Ideation360 platform, the campaign’s goal was to gather and evaluate the best ideas from all over the world on how we can protect our planet. This is in line with the theme of Earth Day 2019, “Protect Our Species,” which focused not only on the safeguarding of endangered animals but on ensuring the continuation of human lives.

The Fix the Planet campaign was designed to become a foundation for further dialogue, ideation, experimentation, and become a powerful idea platform wherein both experts and non-experts would engage in coming up with solutions to some of the world’s biggest problems. The ideation campaign ran through June 3. With a goal to have at least one million people to the site fix-the-planet.com and collect at least 5,000 ideas, people were encouraged to raise awareness by sharing the campaign with their friends, family, and networks. Once the campaign period has ended, a report was generated, and a presentation was created and presented to the United Nations.

The Need for a Sustainable World

On March 14, 2019, the third One Planet Climate Summit was held in Nairobi, Kenya. During the same day, Cyclone Idai made landfall in Mozambique and brought about flash flooding, hundreds of deaths, and massive destruction of property and crops. Two million lives were affected. While it may seem like this tragedy is too far from home, the impacts of climate change are being experienced by everyone all over the globe. No one is spared.

According to the Intergovernmental Panel on Climate Change (IPCC), global mean temperature will increase to more than 1.5 degrees C in less than 12 years. The goal is to limit global warming to below 2 degrees C because if the global mean temperature reaches 2 degrees C, there will be a higher risk of triggering catastrophic losses to biodiversity and coastal cities. It is predicted that several areas including New York, Rio de Janeiro, London, Amsterdam, Lagos, Mumbai, Dhaka, Bangkok, Jakarta, and Shanghai will be affected. Once this happens, the damage to dense urban cores and financial hubs will affect future generations and aggravate global inequality, forced migration, and political extremism.

The ramifications of global warming and climate change go beyond environmental impact. These climate events that lead to fragile environments and resource scarcity also cause mass unplanned migration, war, food insecurity, and poverty. By becoming proactive in our efforts towards a more sustainable world, we can make this planet safer and more equitable. This is a responsibility of every human being, one that we cannot just pass on to our leaders.

An Idea Platform for Imagining Solutions to Big Global Problems

For each of these four goals, two themes were cited to begin the dialogue, for a total of 8 themes. At the end of the campaign, Innovation360 brought together a team of leading licensed practitioners and data scientists to evaluate the results using AI-enhanced tools.

Out of the four goals chosen for the campaign, Goal 12: Production and Consumption and Goal 13: Energy and Emissions were the most popular. A total of 2,000 individuals from over 65 countries participated in this global environmental ideation campaign, submitting 282 ideas. There were 44 thematic clusters identified, which helped in having a focused analysis and engage in further dialogue.

Many ideas were shared through blog posts and social media posts on LinkedIn, Facebook, and other similar channels. By sharing these ideas through various posts, comments and feedback were encouraged and there was a high level of exchange. It was apparent that people from all parts of the world want to be part of the solution, especially concerning the environmental issues that they care about.

The team facilitated additional dialogue with experts to expand on the ideas. Based on feedback received, the “open ideation” approach is particularly effective when it is concentrated on large challenges and systemic issues. The campaign has proven that an ideation platform can foster unity among all nations in a common goal of saving our planet so future generations may not have to suffer. Now, more than ever, this online technology has shown great potential in providing solutions to major environmental problems we are facing. 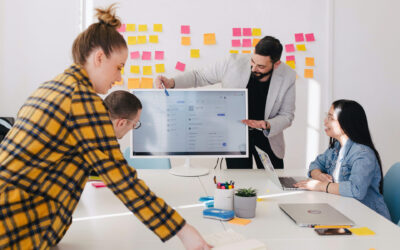 In the autumn of 2017, Swedish emergency service operator SOS Alarm...

END_OF_DOCUMENT_TOKEN_TO_BE_REPLACED 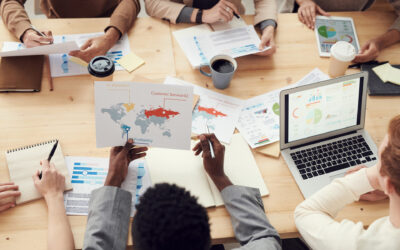 3 Types of Innovators on Ideation or Creative Teams

There are ten personas that are needed to successfully drive creative initiatives through an organization. In this article, we focus on three of these personas, namely: the Anthropologists, the Cross-Pollinators, and the Experimenters.

END_OF_DOCUMENT_TOKEN_TO_BE_REPLACED 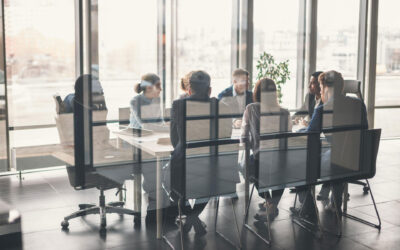 It has never been easy to dream big at the enterprise level...